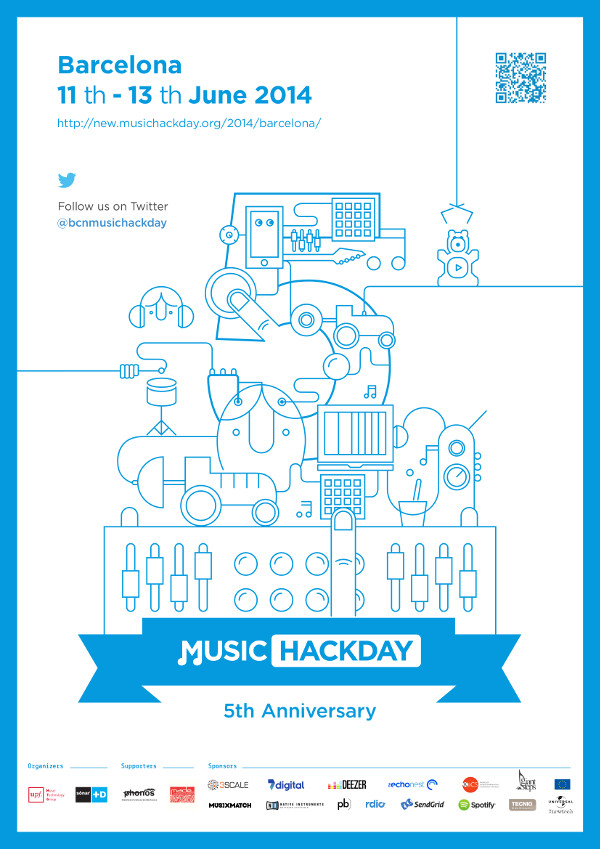 Once upon a time, there were 6 Sonar Knights who decided to build a hack about supporting story telling, with sound…

Fairyteller was developed within 24 hours for Music Hack Day Barcelona 2014. The software analyses different characteristics from a narrator’s voice speaking through a microphone input, and then uses them to automagically generate a suitable real-time musical background and soundscape.

The narrator’s vocal characteristics (pitch, loudness) are used to control a real-time algorithmic composition patch made in Pure Data, while a real-time speech-to-text algorithm tracks the narrator’s location inside the fairytale text, downloading and reproducing sounds from Freesound on the fly.

More info can be found on hackerleague.